All together for well-being in our school

Between 21-22.05.2022 within the Erasmus +All Together Strategic Partnership, a project funded with the support of the European Commission was carried out, the activity ”All together for well-being in our school ”.

The team-building and creative workshop activity, organized outside the institution, was aimed at strengthening staff-staff relations and it was taken over from the Henrich Boll Schule secondary schools in Frenchen, Germany and 136 Primary School Luben Karavelov in Sofia, Bulgaria. It was exhibited by them during the teaching/learning/training activity carried out in Ibbenburen.

The location chosen for this activity was La Domnița Guesthouse in Poienile Izei in Maramureș, a location that offered the participants a favorable setting, with spaces appropriate to the achievement of the targeted objectives.

The Coordinator of the Erasmus +All Together Strategic Partnership, Mrs. Vesa Maria Ramona, director, drew up a program of the two days, and, together with the teachers with the role of trainer, organized a series of activities meant to improve communication, cohesion and cooperation between the participating teachers.

1. Discussion on the concept of “Creating well-being in school”.

By resorting to the Stellar Explosion Method, a method similar to brainstorming that stimulates the creation of questions derived from basic questions( When?, How?, Why?, Where?), the aforementioned concept is called into question. The participants were divided into three subgroups through a simple random counting game. Each subgroup has drawn up a list of various questions related to the topic discussed.

The role of this method is to stimulate individual and group creativity, develop the spirit of cooperation and competition, improve teamwork skills, emphasize the stimulation of each participant in the discussion.

2. Derived from the previous activity, it is proposed, in a special manner, using a cheerful, colorful collage, a theme of thought: What makes us happy at school? The issue under discussion is to identify what makes students, parents and teachers happy at the individual level, at the relational level and at the contextual level/relative to the environment. The three groups of participants had the following tasks:

The first group had as task the realization of an artistic work – drawing, painting, collage – illustrating the question What makes us happy at school? from the students’ perspective

The second group had the creative task of illustrating through a poem the question What makes us happy at school? from the perspective of teachers.

The third group was tasked with creating a theatrical performance to answer the question What makes us happy at school? from the perspective of parents

The day continued with several strategy games and team training:

The game Who am I?

The rules of the game: the two trainers prepared cards with names of famous personalities from various fields, numbered. Each participant in the game received, by random counting, a number. The first player was randomly chosen from the participants in the game. He had a caronary stuck on his back so that only the audience could see the name on the card.

The game Dancing on a paper

Game rules: The game coordinator divides the participants into pairs and hands them a large sheet of paper. Participants are invited to dance on the sheets of paper as long as they hear music. When stopping the music, the pairs must stop and fold the paper, then at the next musical signal continue to dance to the paper.

The task of the game: at each beep, the pairs must fold the paper and continue to dance on the surface that will become smaller and smaller. The pair in which one of the participants does not have both legs on paper is disqualified. The winner is designated the pair that will manage to stay the longest on paper.

On this day, strategy games and team training were made.

The rules of the game: the trainers organized the participants into five groups, placed in the open air, on five blankets representing the five islands. Each island housed an equal number of people. The participants chose a name for each island. The facilitators then warned the participants that these islands would sink and the islanders would have to take refuge on another island.

The task of the game: when the facilitator announces the name of the island that is about to sink, everyone else will take refuge on the rest of the islands. The game will continue until all participants are crammed on a single island.

Game Rules: Participants are divided into teams of four players each. Each team receives a sheet of paper, a pen and a dice. The game coordinator demonstrates drawing a mouse according to certain rules, each facet of the dice corresponds to a part of the body of a mouse. The winning team is designated the one who manages to draw the first two mice on the sheet of paper. All the while, an observer will oversee the teams.

Game task:One by one, the members of each team roll the dice and draw on the sheet of paper, according to the number on the dice, the right part from the body of the mouse.

All these games chosen with great care by the trainers had as main objective the improvement of teamwork. The benefits of teamwork are multiple: stimulating the competitive spirit, facilitating the exchange of experience and knowledge, knowing new opinions, new ideas, developing communication skills. Creating warm relationships between members depends on: communication (open and honest), trust and mutual respect, shared values, cooperation and collaboration, sharing of information and knowledge, a safe and stimulating environment in which people feel encouraged and valued. A good functioning of the multidisciplinary team brings added value to the educational act.

It was done through a questionnaire of the participants. They had to characterize in one word the experiences lived during these two days. Friendship, enjoyment, harmony, understanding, collaboration, joy, dedication, involvement, tranquility, were just some of the epithets that characterized this activity.

View all posts by Head → 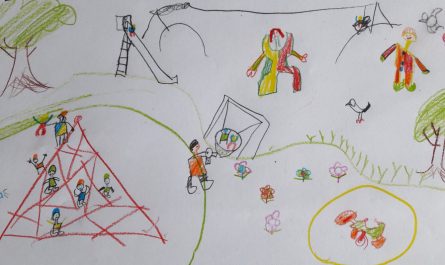 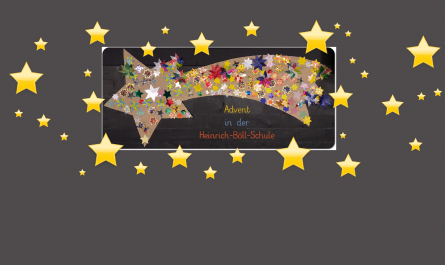